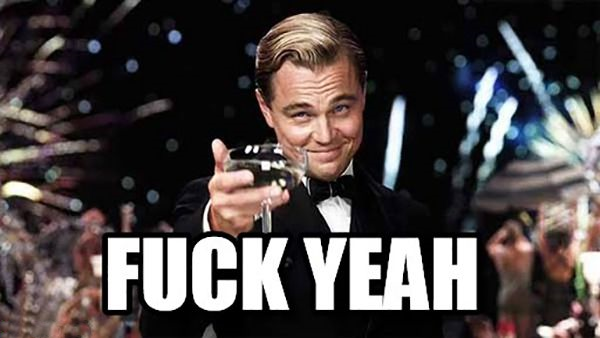 While accessorizing is inevitable, the skill of identifying places and giving directions correctly also comes in handy. The “great and mighty” English language can be a reliable and trustworthy tool here as well. In addition to the plain and simple “Shithole”, there are various other options (both of PG-13 and Urban Dictionary variety) that should not be overlooked.

A classic, that thanks to Troy Duffy and his “The Boondock Saints” is now suitable even for kindergarten and Sunday school. Means only relatively remote, but generally desolate place, where nobody in their right mind would want to go after dark to. With high probability it will also be crawling with thieves and rapists, and border on some no-good shady neighborhoods on the wrong side of town.

The garden variety of a no-good place, usually quite remote, run-down to the point of being decrepit. A place on the map that can easily be confused with flies’ droppings, a shithole is usually stinky, desperate, and marks those who did not manage to escape its tight grip with that especially hopeless demeanor that is almost impossible to lose.

This place is not even on the map – never has been and never will be. The main definition here is remoteness, bordering on oblivion.

As is clear from the description, this is a place where nothing good ever happens. You can expect trouble. And more trouble. And even more trouble. Being robbed, raped, humiliated and mutilated will be the least of your worries and will only top the list of all the chance occurrences bound to happen here.

Up Shit Creek (Without a Paddle)

This is usually a destination, and not just a place – somewhere you send others to, but can’t really own up to coming from. Use the part in the brackets to add insult to injury. Can also refer to a situation without any good outcome, as in here:

The Asshole of Nowhere

Although I have a strong suspicion of this being just a loose translation from one of the many nondescript Eastern-European languages, “The Asshole of Nowhere” does actually exist, although despite the definitive article, it is by far not the only place on the map deserving the title. 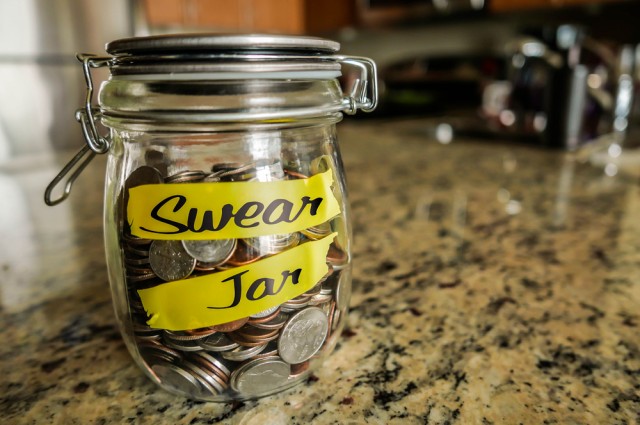 “Fuck you, you fucking fuck!”

Now that we have conquered the basics, it is time to take it up a notch. The nine main operative swear words won’t take you far without the appropriate adjectives. As is well known to any semi-professional swearer worth their while, it’s not just the expletives themselves that make one feel your emotions to the fullest – it’s the adjectives you use to accessorize and enhance them that make your speech more vivid. A collocation dictionary would have come in handy here, but regretfully, they mostly shy away from the words you need the most… Again, somebody has to step in here, fill the horrible void, and give the inquisitive minds the tools to operate with.

Accessorizing your newly acquired swearing vocabulary is actually quite easy. You can’t possibly go wrong here, for the compact beauty of the English language consists in the simple fact that (as demonstrated above) the word “fuck” can be used as any word form, including an article, and often right in the same sentence. “Fucking” is also a fitting modifier to practically any expletive of your choice. “Asshole”, “Jackass” and “Dick” shine ever so brightly if you care to add this compact adjective to them!…

You can also enjoy some real-life examples of the proper Dublin variety in the timeless classic of “In Bruges”:

And while “fucking” would be a fair and appropriate adjective to use with any swear word (including “fuck” itself), and would enhance and beautify also any non-expletive, bringing it closer to perfection, there is more to swearing enhancers than that.

Goes great with anything, as insulting the intelligence (or lack thereof) of our fellow human beings has been one of the most favorite pastimes of mankind since the dawn of time.

Just half a shade more delicate than “stupid”, but already unfit for quite a few options… A “silly fuck”, a “silly wanker” and a “silly twat” are all warm and fuzzy, albeit despicable creatures. At the same time, a “silly jackass” just does not cut it for anyone. Maybe it is that old imperial flair that adds a special charm to the occasion, hence the reason why the adjective does not really fit to any of the “new world” colonial inventions.

Also, an almost “one size fit all” adjective, although for fear of not creating a mouthful is probably not the first modifier of choice for “dick”

It takes a Jedi-level of linguistic awareness to feel that a “useless cunt” is a totally justifiable swear, rolling off your tongue easily and effortlessly, while a “useless dick” feels as a bit of an oxymoron… Makes one wonder about the anatomical and biological correctness of associations, but let’s not go down that road just yet… Assholes also tend not to attract this particular adjective too often.

A positive enhancer, which surprisingly works best with “fuck”. Talk about positive associations!…

Fits all, apart from, maybe “jerk” and “wanker”, for, by implication, being a jerk requires some zeal, and wanker is devoid of any by default anyway (see Swearing 1.0.1 for more details).

When used in moderation with pretty much any expletive of your choice, it can ornament your speech and cause for respectfully raised eyebrows and envious tongue clicks from your audience. It goes best with “Asshole”, though…

Fits well with any word of your choice if you feel that the object of your attention does not get it as far as “royal” just yet.

You can also use several adjective in a row: “stupid useless fuck”, as well as “lazy dumb cunt” not only deliver a double portion of insults to the offending recipient, but provide a much more detailed (let alone colorful) description.

Make sure to vary the above, though. Using just one over again won’t really get you exactly where you want to go. Instead of highlighting your quick wit and bright personality (as a bouquet of adjectives used in their proper turn would do), lack of variety in this department would attract the unnecessary attention to the lack of imagination (or, God forbid!) education and/or upbringing on the swearer’s part. Variety is the key to success in swearing.