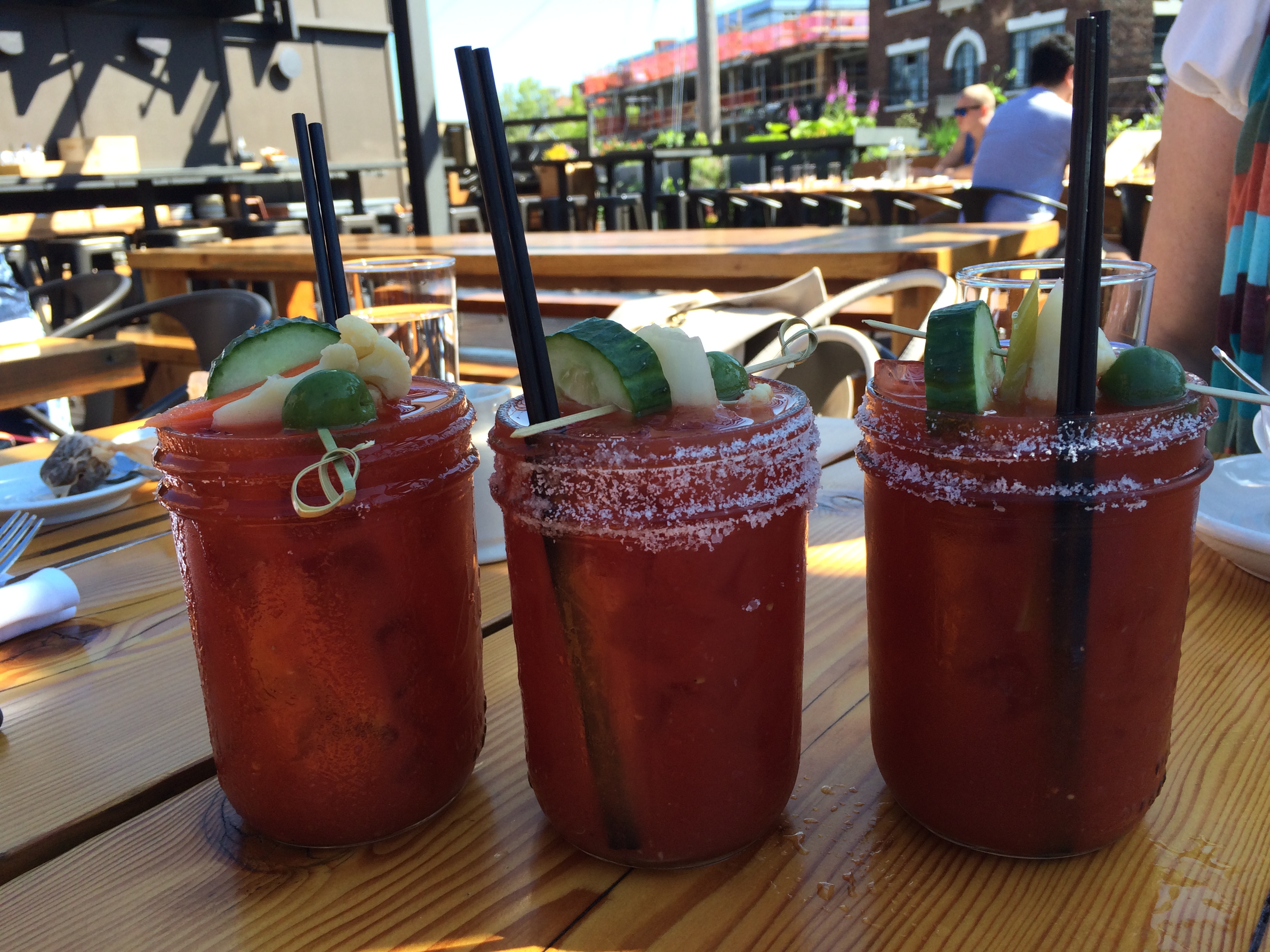 The trip was going to be epic. After all, we had seriously big plans for it:

The agenda was full, and dental clinics were not part of it.

Yet, this is what the vacation started with. Still in Munich, having gone out for a meal to celebrate the start of the 3 weeks of freedom the night before the flight, I chipped my front tooth, which made me look like a Frankenstein bride or an aspiring Dracula (make your pick of an analogy – both reflect the reality pretty accurately). Not a bad look for Halloween, but one generally frowned upon by immigration officers around the world. And definitely NOT the look I wanted to carry around with me for three weeks in a row!!!

After a series of desperate calls around Munich, an emergency dental clinic was located and visited. They calmed me down a bit – the temporary fix looked decent, and I could smile again without scaring little children.

Isn’t it ironic, what a difference a tiny bit of artificial substance makes?… You can be dressed in couture and all, but a missing front tooth immediately turns you into a hobo. At the same time, a person in rags but with shiny white straight teeth just comes out as non-conformist. America sure got the memo on teeth – this is the first thing people are judged by. Well, I have to correct myself here – most of America. The redneck states definitely passed on this one… The biker camporee I went to 3 years ago surely supported this sentiment – the average number of teeth in a typical resident of North Carolina seemed to be equal to the median IQ numbers. But I have started straying away from the topic…

After 10 tedious hours in coach, we crawled out of the depths of Seattle Tacoma airport, dazed and disoriented, and stood at the curb, waiting for Cindy to pick us up. She was only 3 miles away, but the traffic situation did not look promising… Our curb-side position presented an ideal spot for people- and car-watching. Judging by our observations, most locals must have been stoned, in a coma, turning into zombies, or all of the above. Bad driving is not really a novelty on the North American continent, but Seattle Tacoma seemed to be beating all records. Women in huge SUVs were stopping in the middle of a two-lane street, seemingly oblivious to the honks and curses from dozens of cars blocked behind them. Half-broken and most certainly illegal vehicles were left idling at the curb with engines running, while the drivers disappeared into the terminal with busy looks on their faces. Tearful reunions were happening in the midst of traffic, and suitcases were blocking the lanes better than police barriers.

Cindy’s car forced its way through the crazies, our suitcases full of German beer (presents), and motorcycle clothing (road trip essentials) were thrown in, and we were on our way in no time. Seattle skyline, thoroughly familiar through the “Grey’s Anatomy” series I have been watching religiously for the past five years, soon appeared on the horizon. To my surprise, the Space Needle was dwarfed by the surrounding sky-scrapes, and seemed completely lost in their midst. We were obviously approaching the city from a wrong angle.

Back to the tooth Odyssey, though. Instead of going home, we went to celebrate our arrival with some wine and snacks in the marina, and enjoy the surprisingly warm and sunny weather (shouldn’t it be raining in Seattle all the time?…). After the first careless bite into a bread roll the second half of my unfortunate tooth decided it liked the roll better and stayed with it. What the fuck!?… We were back to square one… More desperate calls, more Internet search, and one more dental clinic later, I had an appointment for 8 the following morning to fix the damage. Great!… I was toothless in Seattle… Just what every girl dreams about!… Considering our big plans this was especially frustrating, and I was on the verge of a full-blown panic, ready to swear off any kind of food for the weeks to come. Spending the following three weeks toothless riding through America would definitely help blend in with the more mainstream biker crowd, but was seriously NOT in my plans.

My panic was temporarily drowned in bottomless quantities of wine (thank God [who does not really exist] for compassionate friends, who kept filling my glass!). It was permanently subdued the following morning by a fantastic and quick job done on my dentures at the 8to8 dental clinic by a cute and almost completely round Asian guy covered with piercings. Long live American dentistry!!!! The newly-reconstructed tooth looked better and whiter than all his real neighbors put together, but the cute doctor assured me that it would only take a cup of coffee or a couple glasses of wine for the new family member to blend in. I did not hesitate to follow his advice, and within hours after the procedure I was happily sedated from my existential pain, and the bright whiteness of the tooth started to fade out.

While I was being medicated and patched up, Nic & Cindy were catching up in a nearby bar on the last 8 years that they had not seen each other. Never mind the 8 in the morning – the beer was flowing freely, and the waitresses were smiley! When I emerged from the depths of the clinic with my newly-reconstructed smile, both were well lubricated and over-eager to move on to breakfast. Which we did without further hesitation.

Bloody Marys accompanied by designer grits in Terra Plata, a rooftop bar/restaurant/popular in-crowd hangout on Capitol Hill, were the heavenly balm to my wounds. I had almost forgotten about Bloody Marys!.. How could I?… THE #1 breakfast drink I discovered about 4 years ago in Minneapolis and thoroughly enjoyed!!! Once remembered, there was no way of holding back – Bloody Marys, here I come! Time and place to seriously consider liquid diet for the next few weeks.

Grits is a Southern invention, and I was introduced to it in its natural habitat – a Waffle House in North Carolina. I sort of liked it even there, but the dish that was brought to me in Seattle was a work of culinary art and a designer product! I must admit, the sole reason behind my choice was food consistency not requiring any biting or chewing – I was determined to keep my newly-acquired teeth at any cost. The unexpectedly delightful dish with steamed kale salad, pine nuts, and sheep cheese confirmed to me that I was on the right path.

Teeth and designer breakfasts aside, the biggest surprise of the day was yet to come. We happened to land in Seattle on the eve of the Solstice Day Parade – an occasion that happens to be almost religiously observed by people “up North” in America. Being as close to the North Pole as anywhere in the United States (apart from Alaska) can get, one day a year the Seattle Fremont district throws away the prudish mask, and embraces the freedom of self-expression in its entirety. Hundreds of stark-naked people covered with elaborate body paint flood the streets of the downtown, parading about on bicycles, roller-skates, on foot, and on all sorts of weird transportation.

One such artifact spotted in the crowd was a periwinkle-blue VW flower-power bus made of cardboard and put over two bicycles, pedaled by two naked guys with flowers painted all over them. There were naked Darth Vaders, Pink Panthers, Elvises, Santa Clauses, cave men, dragons and vampires… Unlike most other public exhibits of nakedness, the Fremont happening included not only the old, feeble and ugly (who seem to be the first eager to undress anywhere), but also quite a few fit and good-looking people. Hats off, Seattle – you made public nakedness palatable again! The whole scene was quite surreal, though – the last thing you can expect to see in the otherwise quite prudish United States, is people parading about naked, proudly showing off their tits and dicks painted into all colors of the rainbow!… Yet, this was exactly what was happening – the sheer volume of clearly exposed and proudly presented “dicks of the day” was not a sight for the feeble-minded.

Even though the parade covered only one street in the Fremont district of Seattle, it went on for a couple of hours (!), with people running and riding around in circles up and down the street. The locals came prepared – people brought chairs and parasols, the most dedicated spectators hauled in sofas and coffee tables, positioning them on both sides of the street to get the best view, and spreading out refreshments and picnic food.

After the parade the party continued at the nearby abandoned gas works on the hill with a stunning view of the Seattle skyline. The Space Needle no longer looked small – either the alcohol was working, or we finally found the right angle! The sun was shining, the view was spectacular, the bands were playing, the nudies were playing Frisbee – all in all, a perfect ending to our first full day in Seattle.