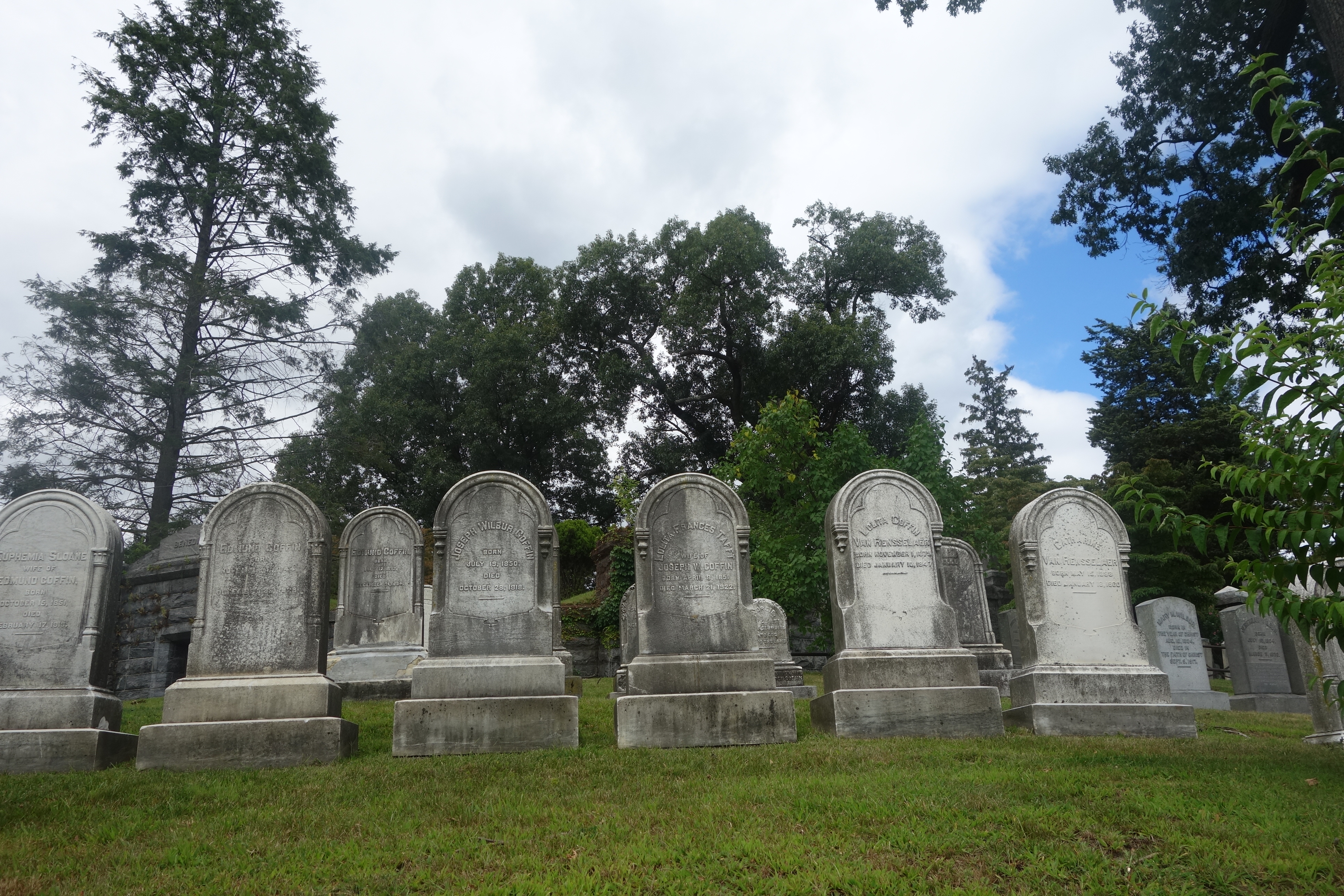 The main item on the next day’s agenda was picking up the rental bikes. After breakfast we threw our gear into the car, and Fletch delivered us to a New Jersey dealer, where two enormous but cheerful women introduced us to our bikes.

The Soft Tail and the Road King were at least twice the size of our not so small Sportsters at home, and at first glance looked way too big to manage. Based on my memories of the Redneck camporee of two years earlier, I knew that this first impression was deceitful: the clumsy-looking Soft Tail that I rented in North Carolina back then turned out to be an extremely graceful and easily manageable bike. His twin-brother in New Jersey (even the color matched – it was again white!) did not disappoint either. It took time to get used to it, and for the first couple of days I definitely felt too small for the bike. By the end of the second day, though, it was the easiest and the most agreeable vehicle to ride. The weight added to stability, and contradictory to expectations, it was much easier to throw the big bike into turns, than it was with the much lighter Sportster at home.

Nic’s Road King was even bigger, and although he handled it with the proficiency I still feel ultimately jealous of, he did not seem to enjoy it as much as his Sporty at home. Well, life would have been boring had everyone been the same… By the end of the trip I sure was ready to trade my Sportster in and get a Soft Tail instead!

After a brief stop for coffee at home, we ditched the car, and already on three bikes (Jane had to work), went to explore the area. Our main destination, that I accidentally stumbled upon while studying the East Coast maps in preparation to the trip, was the village of Sleepy Hollow, NY. Yes, that very same Sleepy Hollow, immortalized in the works of Washington Irving and Tim Burton! Logically thinking the place should have been on the East Coast, but somehow I have never given enough thought as to the exact location. Turned out, it was within a 30-minute ride from Fletch & Jane’s house.

The village started with an old cemetery, stretching over an impressive 5 acres (2 hectares) of hilly land, and looked like a landscape park with centuries-old trees and architectural monuments in the form of vaults and tombstones. The 17th century Old Dutch Church proudly presided over this peaceful magnificence, looking over it from a hill at the entrance. A tree-covered brook with a wooden Headless Horseman bridge (unfortunately, only a replica of the original one, moved from where a new road intersection was built) added to the artificial atmosphere of a quacker fairy tale. I am not sure if the original literary piece was meant to be scary or not – I remember it (probably more due to Tim Burton, than Washington Irving – but, hey, any artistic medium counts!) more as a mysterious and foggy tale, than a horror story, and Washington Irving was definitely not Edgar Alan Poe. Seeing the area on a bright sunny day with big puffy clouds in a blue sky over the white-roofed church, only added to the positive impressions from the original story.

Somehow, I have never found cemeteries to be creepy. True, I have never been on premises at midnight, or any time after sunset, which probably adds special charm to the grounds. I have, however, always found a day walk through a cemetery to be very peaceful and relaxing. The only exception to the rule was an old cemetery in Buenos Aires, where due to the lack of space the rich were buried in multi-storey vaults that left an unsettling and lasting impression of a hectic necrophiliac self-storage, rather than a place of dignified calm. But to hell with Buenos Aires – wrong continent for this story.

The Sleepy Hollow Cemetery definitely confirmed the notions of beauty and peace. We walked around a bit, admiring decorated tomb-stones, some of which sunk so low into the ground, that the names on them were barely visible over the edge of the grass. The vaults were all locked down, but looked impressive enough from the outside.

Getting used to the bikes, we took a ride along the Hudson River, the one that New York stands upon. Outside of the perimeter of the Big Apple, where the grandeur of Manhattan skyscrapers blinds you to the charms of nature, the Hudson‘s waters turned out to be surprisingly wide and beautiful. Our next stop was at the overlook of the Bear Mountain, rising 1,400 feet (~400 meters) over the river. Why the mountain got its name remained a mystery, at least to me, for nothing in its shape either close-up, or from a distance, resembled any kind of animal. Maybe the forests covering it were swarming with bears, I don’t know, and I did not have a slightest inclination of finding out. What I personally remembered the mountain (or, rather, the scenic overlook over the Hudson) for, was an almost blind turn into the parking lot.

Turning on a motorbike is not as comfortable as in a car, where you can sit and wait, and move an inch a minute, waiting for a break in traffic until you see a clearing and hit gas. On a bike you risk losing balance if you do that, or stalling the engine if you are not used to handling the bike. The idea of being hit by a car suddenly appearing from the turn in the road, when you are trying to turn across two lanes, is not a very appealing one either. Turning has never been my forte, and even though I somehow managed to get into the parking lot, getting out of it and back onto the road after we finished admiring the curves of the Hudson, definitely added grey hairs to my already not so colorful head. The cars seemed to be coming from both directions in a non-stop line, one of the lanes cannot be seen properly due to a sharp bend of the road, and as if this was not enough, the exit lane was at a rather steep rising angle, meaning that the bike had to be in full brake in order not to roll backwards, but in gear and ready to move as soon as we could see a clearing in traffic. Finding a clearing big enough for three bikes seemed like an impossible dream. I sweated like a pig in midday heat in my full biking gear, and swore under my breath, damning the big bike and the steep road. The 2 seconds of getting out of that parking lot were among the scariest of my entire life. We did make it, though, which made my self-respect rise to sky-high levels.

After what turned out to be 6 straight hours on the road we arrived home to the all-American dinner of steak and corn. Which proved “Feed the Tourist” to be a national pastime in every country regardless of how well you know the hosts. Fletch & Jane are normal people, and cannot by any stretch of imagination be taken for stereotypical 200-pound Americans, nor do they normally eat humongous size portions, that have regretfully become so popular in the US. Yet, the dinner they prepared for us, was big enough to feed a small army. Together with them and Andy, their handyman-turned-friend, a decent-size fellow, originating from the land of Shakespeare and ale, we gave the dinner a really good go, but there was still enough left for us to eat for the next couple of days. Nobody complained, as the food was delicious. However, the feeling of an overweight pregnant beach wale that started after that steak dinner followed me throughout our whole stay in the States.

I had to be rolled into the bed in the “Victoria Suite“, and could only lay there gasping for breath, cursing myself for gluttony, and waiting for the horrible bloated feeling to pass. On this greedy note we’ll stop and wait for The Road Trip to begin the next day. But this is a whole different story.