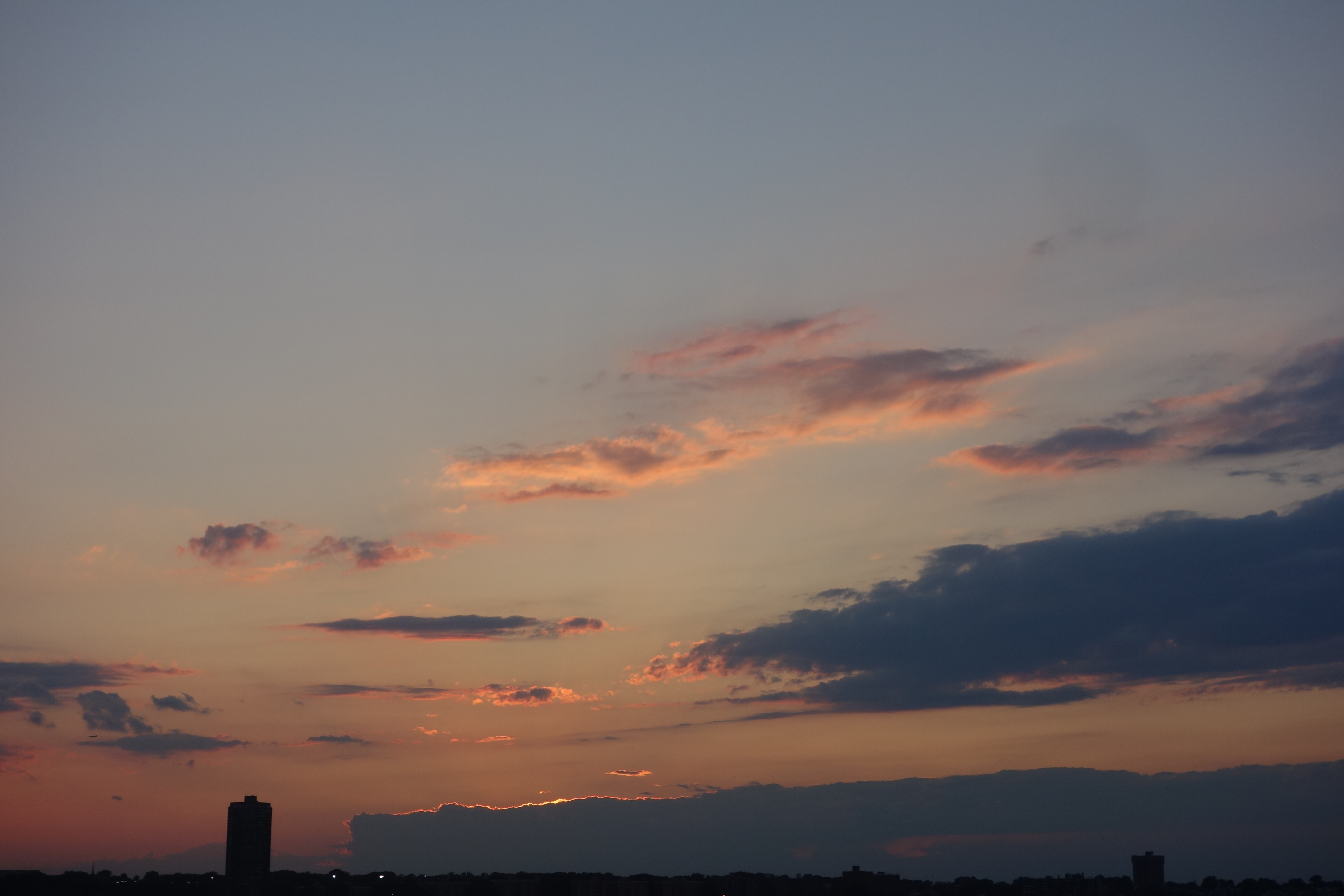 And off we went to explore the East Coast of the US.  Rather an epic beginning to a short vacation visit to friends across the ocean, but I could not resist…  The trip started quite pleasantly with an unexpected and completely undeserved upgrade of both of us to business class. “Undeserved” not on a big moral scale of things (for we, of course, deserve the best!), but on a purely bean-counting one of Lufthansa: we got the tickets for miles, so technically they were free, and we already were happy.  A free upgrade on top was just an icing on the already delicious (and free!) cake.  Well, we sure did not complain…

A short time spent by the gate waiting to board the plane at the Munich airport added some musings to the general collection of people observations and travel memories.  A Serbian grandma not speaking a word of English or German, was trying to reason with two overactive toddlers, aged between 3 and 5, both holding American passports, who she was probably delivering into the waiting hands of the happy parents across the ocean.  The kids were jumping around with esprit of two young kangaroos, and grandma’s efforts to keep them from running away into the depths of the airport deserved every bit of respect and compassion.  She was undoubtedly counting the hours till the happy reunification of the family, and the determination to hand over the custody of the two rays of sunshine to those who rightfully deserved all the joy, and celebrate the happy occasion with a strong drink and a 24-hour nap was registered clearly on her face.  She was in for a surprise, though – the kids’ seats were changed at the gate, and she received two new boarding passes for them, but not for herself.  Grandma started panicking.  A kind passer-by who just happened to understand grandma’s loud wailings in Serbian (you gotta love international airports!), quickly calmed her down, and translated what the gate crew was unsuccessfully trying to communicate to her with the use of the international gestures’ vocabulary.  The visibly shaken and still not entirely convinced grandma and her two springy companions were escorted into the plane and carefully handed over to the flight attendants.  The kids probably spent all their energy in transit, because to our surprise they did not turn the plane upside down, and were not seen or heard till we disembarked in New York.

New York, as always, was a surprise and a happening in itself.  This time, right from the moment of landing.  The free flight took us to JFK, which I last honoured with a visit exactly 23 years ago, when one of the first school exchange programs between the US and the Soviet Union, brought the 16-year old me and a group of classmates to the exactly same “gates to the New World”.  I have to admit that this time’s memories were much more vivid. JFK, being one of the oldest US airports, built as far back as 1948, cannot boast either gigantic size, or very good organisation.  We waited first in the gangway, then at the terminal for at least half an hour, before descending the stairs into the immigration area, tightly packed with a couple of planes full of Chinese tourists.  The next several hours were spent moving at snail’s pace in a zigzagging roped line, observing the TSA and immigration officers trying to communicate with the Chinese, whose English vocabulary covered the bare minimum of fully interchangeable “yes” and “no”, and who cheerfully filled all customs declarations in hieroglyphs.  By the end of the two hours, we felt more tired than after the 10-hour flight.  Heavy leather jackets and helmets that we carried as hand luggage did not add much comfort to the waiting.

On the other side of the ordeal we were welcomed by our friends, Fletch & Jane, who packed us with the suitcases full of beer (what else do you bring from Munich to two people who thoroughly enjoyed the purely Bavarian pass times when they lived here?!…) into the car, and without further delay delivered us to Manhattan. And no, Fletch & Jane do not live on the fabulous island, they live in the middle of nowhere in NY state, called Suffern, in a house surrounded by Hassidic neighbours dressed in black & white. They do, however, have a lot of fabulous friends, two of which, Carol and Joel, had a dubious honour of hosting the four of us for a snack and a drink that evening.

Carol and Joel, the nicest people you can imagine (so nice, in fact, that it was downright impossible to hate them, or even be jealous of them for their good real estate fortunes) welcomed us to their place, and made us feel instantly at home.  Through a combined luck of birth, inheritance, smart investment, and clever design Carol and Joel became the owners of a penthouse apartment on lower East Side Manhattan.  The apartment, tiny by the standards of the really rich, but humongous by the standards of upper-middle class New Yorkers, was, in fact, a little house, that just happened to find itself on the rooftop of one of the mid-sized sky-scrapers of the most fabulous islands of all.  The place was a project in progress, and represented a construction site, cleverly integrated into the living space, every square inch of which was organized and utilized for the needs of the inhabitants.  Carol cheerfully shared that they have been re-building the place for the last several years, so they no longer paid attention to the chaos.  Her architectural background obviously helped with organizing this disorder to levels unimaginable to mere mortals.  Tiny kitchen, where even the ceiling was optimized for holding some of the cooking utensils, smoothly turned into a study/library with bookshelves, tightly surrounding an ergonomic desk and chair that somehow managed to combine solid classical reliability with weightless modern design.  A tiny door that looked like it would lead to a broom closet, surprisingly opened to a compact bathroom, containing enough space for a toilet and a shower.  The skylight over the upper-level bedroom opened up the area, giving it a deceitful impression of a much larger space, and a concrete roof terrace surrounding this little oasis completed the picture of urban self-sufficiency.

The wine and conversation flowed freely, the company was great, the food from downtown deli was delicious, the sunset view over the Hudson was to die for, and all these perfect components together created an ideal and extremely welcoming feeling of home and belonging.

Well past midnight, having expressed our profound thanks, we bid good-bye to our hosts and newly-found friends and drove upstate to Suffern, where we fell into a comatose sleep in the “Victoria suite” (yes, after 5 years of friendship I can boast my own digs in New York State!).