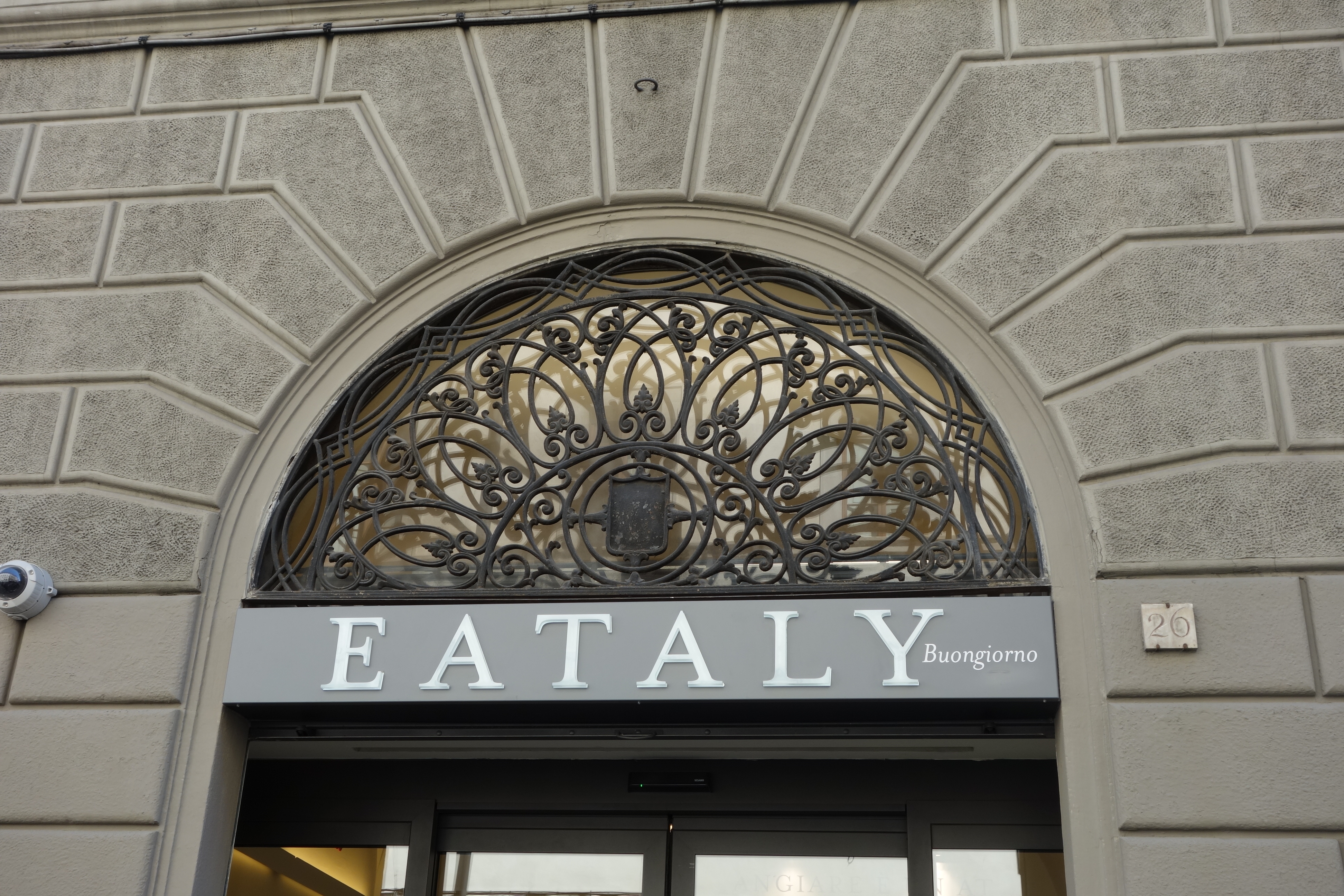 On the morning of the 3rd day we moved further down South, in the direction of Florence. The clouds and rains from Garda started closing in on Verona, and it was time to follow the sun again. I have never honored Florence with a visit, and this made the destination new for at least half of the travel party.

Weather-wise, Florence was the right decision, as when we made it to the city, the sun was shining, and the temperatures were closer to July than April.  At the same time, all the locals kept talking about walls of rain flooding the city the whole of the previous week.  On the down side, warm temperatures, sunny skies and Easter holidays attracted thousands of other tourists, who we indignantly had to share Florence with.

The first conscious impressions from the city were tall and skinny black guys, actively pushing sunglasses and fake Rolex watches on the main square.  Which made us contemplate the question of commercial monopolies, one of which (clearly on a global level) belonged to the said guys.  I wonder, at which historical/commercial point in time, the spheres and areas of street trade and small businesses were distributed and divided?…  It was definitely then that sunglasses and watches went to the tall natives of the African continent.  Asians got the grocery shops and nail salons, and Slavic and Mexican girls excelled in keeping other people’s households.  However, this rather chauvinistic breakdown is valid just for Europe and America.  Maybe in Africa and Asia the situation is completely different, and fake Rolexes are being pushed by, say, Estonians, and nail salons are otherwise owned and managed by Uruguayans…

A quick memory trip back to Verona – on the topic of Juliette’s breasts that were somehow left out of the previous part of the story.  The statue of Juliette in the courtyard of her father’s house under the famous balcony boasts a brightly polished right breast, molested by the millions of tourists flowing through the city on a daily basis.  But not only in Verona!  The city of Munich, for example, also has its very own statue of Juliette (right downtown, next to Marienplatz) with an identically shiny right breast.  I never really paid it much attention, until a young girl, who was taking me and an all-girl group of colleagues on a walking tour of downtown Munich told us the anecdote about the breast.  We laughed, but dutifully lined up to touch the right breast, for according to the girl the legend guaranteed meeting “the love of your life” within half a year of the laying of the hands on Juliette’s breast.  Women are such suckers for romance!…  Apparently, it was only the right breast that did miracles – the left one seemed to be purely ornamental.  In any case, that city walk took place in November, and in May, exactly 6 months later, I met Nic.  Talk about legends and myths…

But back to Florence.  Having ditched the car at our newly-found stylish digs at Hotel Cellai we went off to explore the surrounding. The main city attraction, the Cathedral of Saint Mary of the Flower (aka Cattedrale di Santa Maria del Fiori – how come everything sounds so much better in Italian?!…) managed to disappoint, without us even visiting the interior, closed for the Easter service.  Massive, with light-colored walls covered from top to bottom in mosaics, in all its grandeur it suspiciously looked like a mosque.  Gigantic round cupolas only added to the similarity…

At the same time, another famous sight of Florence – Michelangelo’s David – made an exceptionally positive impression!  In contrast to some world-famous architectural and sculptural masterpieces (like the Parthenon in Athens) that in reality often turn out to be just miniature copies of their numerous post-card versions, David appeared to be the real deal, and was definitely more impressive “in person”.  The statue appeared to be at least a couple of stories tall, and looked very picturesque on the backdrop of some equally famous building, which we did not recognize due to the absence of a guide book we again did not bother to buy.  For some reason I remembered my student years, and the art history classes at the State Hermitage Museum of St. Petersburg, where the professors kept talking about “not naturalistic and purely schematic nature of sex organs in the antique statues“.  Don’t know about antique fellows, but David‘s physique was very far from schematic, and the statue happily represented physical health and fertility.  I fully realize the extreme ignorance of comparing antiquity with Renaissance, but my student years are well behind me, and all classical examples seemed to have mixed up in my head.

On the culinary front, Florence surprised with a suddenly delicious wild boar pasta.  The boar was being offered on every single menu of every single restaurant in town, all the locals were swearing by it, and I finally fell to temptation.  The Florentine specialty did not disappoint for one second!  So much so, that I would have wolfed down three times more than the very decent-size plate I was served, but luckily, I could compensate with wine.

Due to the specifics of the audience, we also visited all 2.5 Irish pubs Florence had on offer.  In the first one, I spoiled the evening for a dozen of guys, who before our arrival were sitting in the corner amicably chatting over a sports game on the TV screens above the bar.  Within minutes of arrival I rained on their parade by discovering free WiFi in the pub.  After that the game (as well as any form of interaction) was forgotten, and the remaining time we were at the bar, the guys sat in total silence, each hypnotizing the screen of their cell phone. Civilization…  What are you gonna do about it?…

The second pub, was, in fact, a half. In the sense that a long time ago, when Nic happened to be in Florence last, the place was a full-blown Irish pub.  His built-in navigation system brought us right to the spot. Since then a lot had happened, the place changed hands and the name, and the only remnant of the former glory was Guinness.  A hunky Serbian barman running the place sighed dreamily, remembering the good old days of the Irish pub, when at least a dozen of hot Italian chicks ready for everything were fighting for him every night…  He timely stopped reminiscing, and remembered, that times had changed, he actually had a wife and three kids, and philosophically nodded that everything that happened, happened for the best.  The dreamy look, however, lingered on his face for a bit longer than seemed appropriate for a family man and a father of three…

The third (and last for the evening – we must be getting older, after all!) joint was a proper Irish pub – with rivers of Guinness, loud music, and a motley crew of patrons of all walks of life.  An overly positive slogan above the bar, facing the staff should be quoted in its entirety: “Smile… Shut the fuck up… Work… And be nice… You are being paid! …Say thank you!”  Fits perfectly to any client-oriented business…  The bar staff obviously followed the proclaimed rule, and the general atmosphere of the place was full of optimism.  Within half an hour of our arrival, we were joined by a local of an American origin with a quiet wife of similar descent.  The guy has been in Florence for about five years, and was obviously missing the idiotic expat company.  We did our best to compensate for lack of idiocy in his life, and although the names of our newly found friends evaporated from our memories much sooner than the after-effects of consumed drinks, the evening was a success!

Miraculously, we found the hotel on the way from the bar, and in the morning, cursing Guinness under our heavy breaths, moved on.  This, however, is a completely different story…