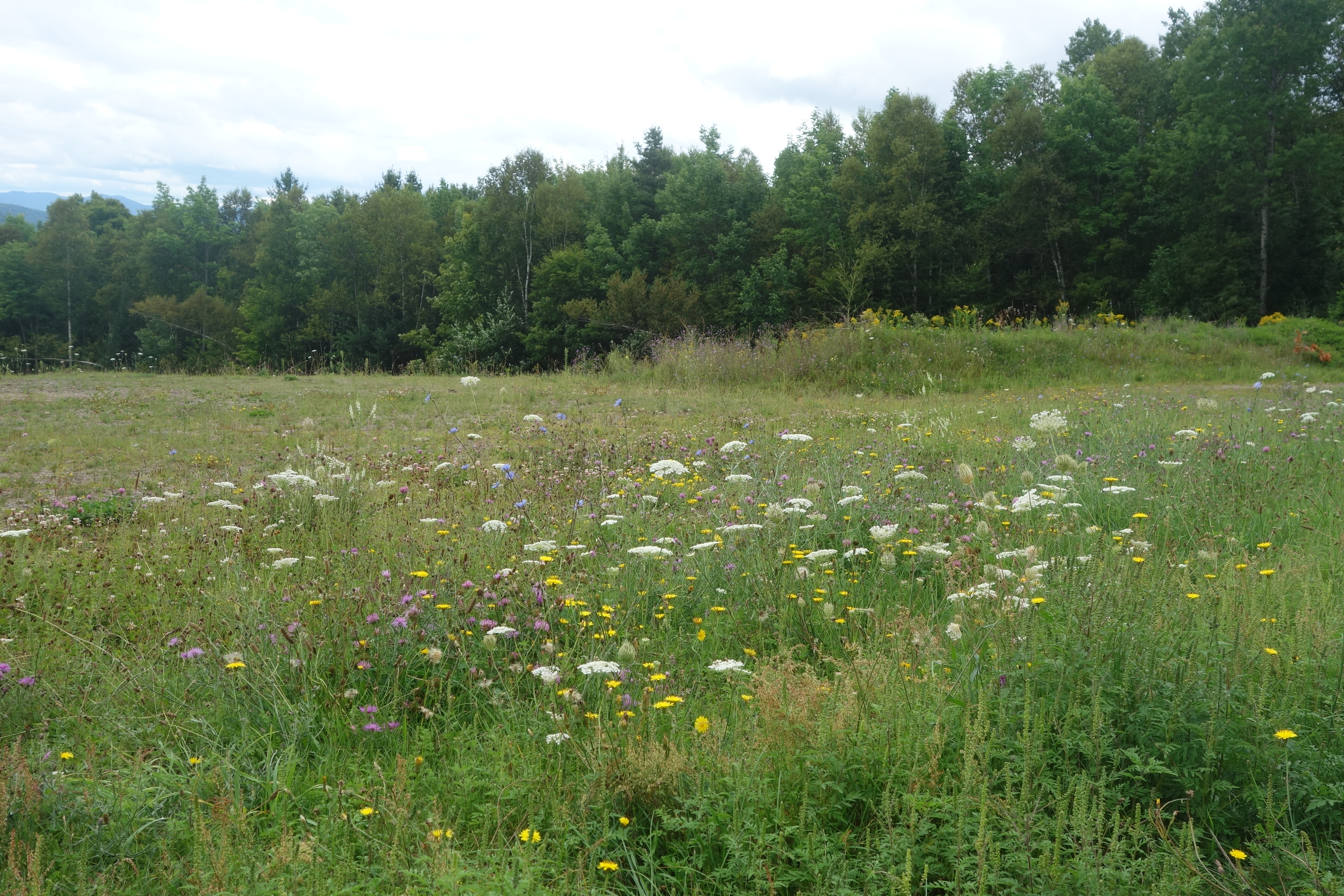 The morning of the next day greeted us with an unexpected problem: just when we were ready to roll, Fletch’s bike would not start.  The boys poked around in the engine area, and declared that somehow during the night the battery must have run out, so we needed to jump-start the bike.  I flagged down a grandpa, who was trying to get out of the parking lot with three oversized daughters in tow.  He kindly pulled over next to the bike, dug out the jumping cables from underneath a pile of crap in the trunk, and patiently waited while the boys continued their poking around.  After about ten minutes and no obvious success, grandpa started getting visibly nervous and fidgety, and confessed that he and his daughters were in a wedding party, and were late for the Sunday brunch.  We apologized profusely, thanked all four of them, and set grandpa free to enjoy the brunch.

I went around the parking lot in search of another Good Samaritan.  The area around the motel was not overpopulated by any stretch of imagination, but I got lucky: a skinny black guy covered in tattoos and wearing pants that were sitting closer to his knees than his waist popped out of the motel, and became my next victim.  Despite his scary ghetto looks, the guy turned out to be extremely friendly and helpful.  He pulled his big truck next to the bikes, gave us the jump cables, and stood by chatting amicably.  Turned out, the bike needed just five extra minutes of juice, and to our joy the engine came back to life!  We thanked our new ghetto friend, and he cheerfully pulled out, to continue with whatever he was doing before we found him.

Our eyes were set on breakfast, but before that we had a chore to run.  The previous day’s ride, that had a fortunate empowering effect on me, seemed to have the exact opposite effect on Jane.  We decided to leave her bike at the nearest Harley dealer in Amsterdam, and continue on six wheels instead of eight.  That’s another good thing about America, and the Harley brotherhood spirit there: each Harley dealer, regardless of their financial interests or affiliation is supposed to help riders in distress.  And they do.  We weren’t exactly in too serious a distress, but Jane’s foot was playing up, which made further riding for her not only stressful, but painful as well.  We pulled into the Harley dealer parking lot, and within five minutes Jane’s bike was parked safely (and for free!) in their garage.  Not wanting any more morning surprises, we also bought a new battery for Fletch’s bike, showing good will on our side of the free bike storage deal.

After all that, breakfast was definitely in order.  Following directions, provided by a sweet lady at the dealership, who was celebrating her last day at work before retirement, we pulled into the parking lot of Jackie’s Diner.  The place made a lasting impression not due to food (which, by the way, was delicious – with hearty portions, and home-made hash-browns), or service (also fantastic, with waitresses pouring endless refills of coffee, and inquiring every five minutes “Is everything ok there, sweetheart?“), but due to the Christmas tree.  Yes, even though we happened to stop at Jackie’s in August, the Christmas tree was proudly on display right in the middle of the diner.  The only seasonal adjustment was the replacement of Christmas balls and fairy lights with plastic roses of varied shapes, sizes and colors.  This added some surreal feeling to the atmosphere, and the place forever remained in our memories as “The Christmas Tree Diner”.  Maybe Jackie should consider a name change…

This day’s destination was Malone, NY, and we continued in that direction without interruptions for several hours.  The ride was good – great scenery, curvy roads, I was enjoying every minute on the bike!  If at the beginning I was downshifting to 2nd (and sometimes even 1st) gear before every road bend, no matter the speed limit indicated, by this time I figured out that only very steep bends required actual downshifting, and was comfortable taking most curves in 4th and even 5th gear.  I was definitely getting the hang of it!

The digs booked at Malone, NY were right on the road upon entry into town.  We pulled into the parking lot next to the (surprise, surprise!) another closed down bar/diner.  On close inspection the place looked more burned down than closed down, but the pattern definitely started presenting itself.  While checking in the motel, we met a friendly Canadian biker couple – the woman did not speak a word of English, but the man quickly established rapport by giving us tips on the best places to buy beer in the neighborhood.  We decided to follow his advice, and went across the road to get a six pack of Guinness, just in case.  Turned out, this was VERY good thinking – thank you, thank you, thank you, unknown Canadian friend!  After that brief shopping detour, we changed into clean T-shirts, and went to explore the town.

Malone, NY, has sure seen better days: definitely well off at some point in time, the town showed all signs of decay.  Boarded up shops, buildings that could do with a make-over, and a surprising number of old-fashioned potty-chairs turned into flower-pots – a nice touch.  To its credit, though, the place did not give anywhere near as desolate impression as Amsterdam.