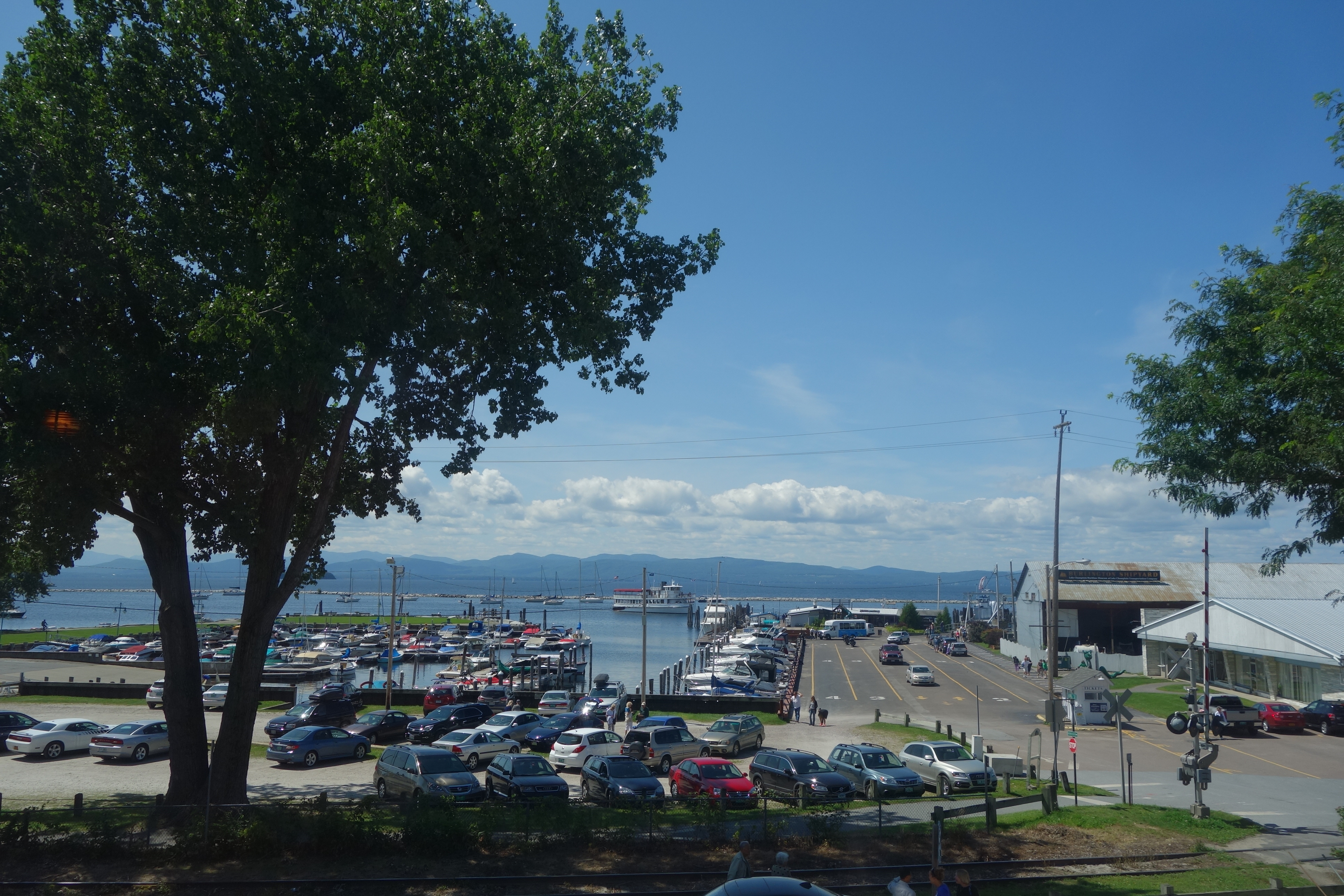 Leaving Malone the next morning, we waved good-byes to our Canadian Guinness friend, who was packing his wife and stuff onto the bike in the parking lot, and continued up north, until we hit the Canadian border.  It did not look overly guarded, or even well signposted for that matter – all you could see was a big road sign with two arrows, pointing in opposite directions: one said “New York”, the other one “Canada”.  Thus very symbolically underlining the fact of New York City being a country (and probably even a planet) in its own right.  We committed the place to memory by taking a photo under the sign, but resisted getting closer to the official crossing point, clearly and temptingly visible almost within arm’s length.  My Russian passport and no entry visa for Canada definitely would not have inspired the border control, so Canadian border remained safely under lock and key (at least for now)…

By the 4th day I was feeling great on the bike, and was enjoying the ride, experimenting with gears and bends.  I already progressed to 4th and 5th gear on the turns I was doing in 1st during the first couple of days, and by now I also remembered how to bend the bike down on the curve.  Counter-intuitively, I found it easier to do so with a big and heavy Soft Tail, than with my comparatively small Sportster.  The trick is to enter the turn in a comfortable speed and resist from breaking before or in the curve, but instead bend the fork down and accelerate mid-turn.  Then the centrifugal force will take care of carrying the bike out of the bend, especially if you don’t forget to keep your body straight and, instead of leaning into the turn, stay vertical.

Having reached the border, we turned East, and entered the state of Vermont under clear blue skies, lavishly decorated with almost unreal-looking puffy white clouds.  We crossed a series of bridges, connecting a string of little islands in the middle of Lake Champlain and continued on Route 2 towards Burlington, ready for lunch. Burlington, and all towns along the lake looked exceptionally wealthy and posh, especially compared to Amsterdam, and the north end of the New York State.  The number of brand new BMWs and Audis on the roads could easily compete with Munich, and we did not see a single boarded up building.  Fletch & Jane confirmed that Lake Champlain was the local resort area, the Vermont version of the Hamptons.

A perfect lunch stop was found without delay – sitting right in the marina, with spectacular view, a big lobster painted on the wall, and a down-to-earth name of “Shanty On The Shore“.  Seafood accompanied by a glass of wine with a peaceful view over the sunny marina set us all in a relaxed mood.  The real espresso found in a coffee shop nearby only confirmed our positive impressions of Burlington.

By way of culinary detour – a few words about coffee on the North American continent.  America is a great country, the land of plenty, and all that…  Somehow, though, until very recently, the whole coffee story was absolutely lost on it.  The weak brownish fluid served in even the most decent of hotels and fancy restaurants I visited over the years, cannot be called coffee by any stretch of imagination.  Starbucks definitely made America a hell of a favor by starting to sell something that was drinkable, not smelling like a dry mop.  During this visit I was positively impressed at how the espresso culture started seeping into the country. In cities you no longer get a perplexed look when asking for one, and we spotted real Italian espresso machines in more than one bar we visited. Hooray!  With the great food that the country already has, all that was missing was the real coffee.  Now nobody in their right mind would ever want to leave…  Immigration authorities – beware!