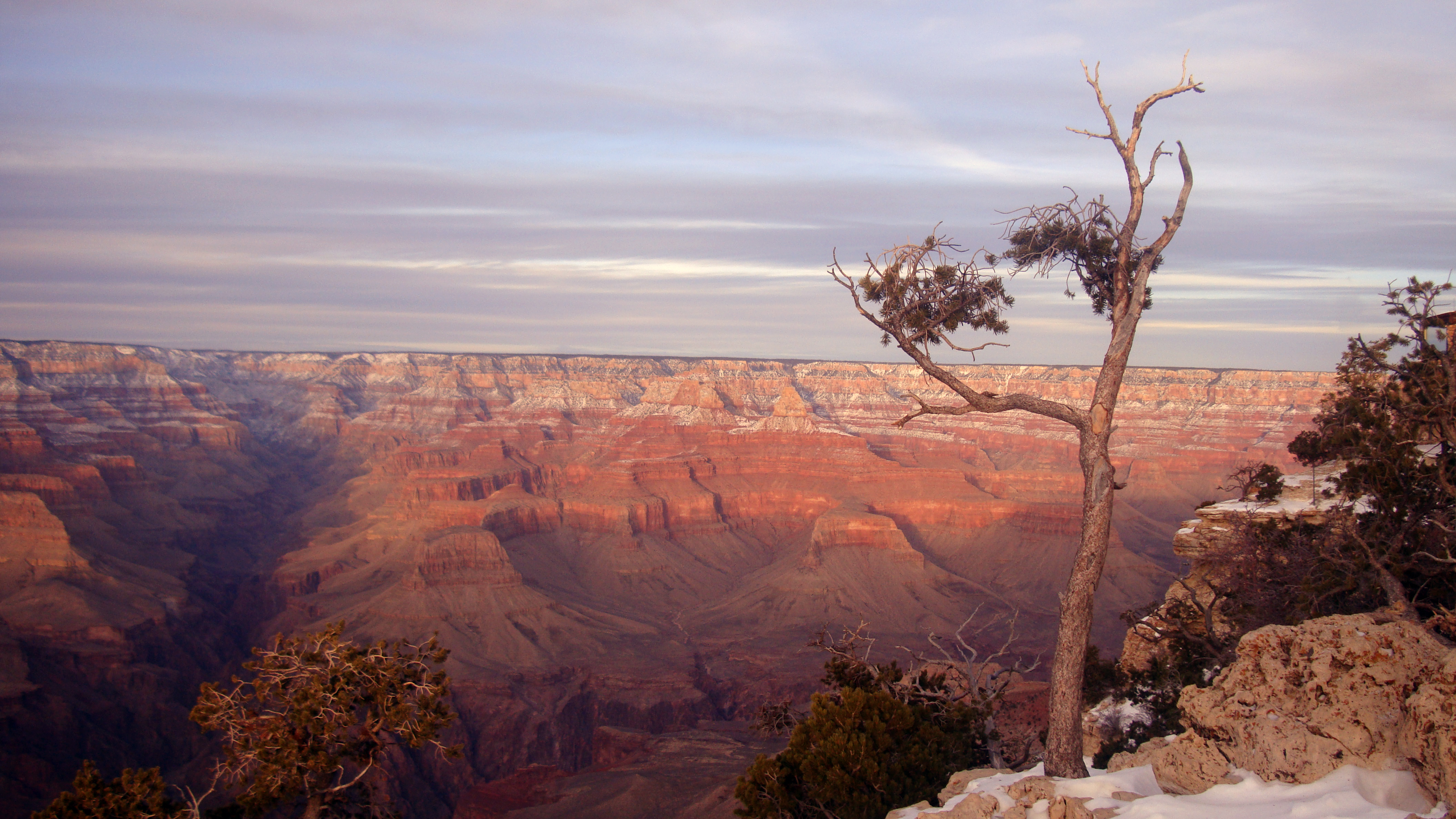 After a comparative study of road-side toilets across America (not a bad title for a dissertation of some health safety specialist!…), back to more or less cultural matters.

The second night was spent in one of Route 66’s historic landmarks – a place in New Mexico, called Tucumcari.  The Mother Road goes straight through the town, and nowadays it is one of the few that still clings to life, even though decline and devastation did not pass it by.  Without knowing this, we managed to book a room in the most famous, original 50-es motel with a heart-warming name of “Blue Swallow“.  The Swallow is the only motel on the road that has been continuously in business since 1942, and even has its photo on the Tucumcari‘s Wikipedia page.

First-hand experience of staying the night there confirmed the nagging suspicion that people last century were shorter, smaller, took much less space and were generally much less fussy about comfort.  Apparently, the architects, planning hotel buildings in places like London or Rome still wholeheartedly believe that since the 50-es nothing has changed either in the size of an average guest, or in their expectations of comfort.  America definitely moved a long way from there.  In both, the sizes of guests (unfortunately) and their expectations…

Breakfast the next morning was eaten in a real 50-es diner, with purely unhealthy items on the menu, red vinyl seats along the bar, and big-Momma waitresses (who back in their day must have been very sexy prom queens), constantly fussing over you, refilling your coffee and worrying whether everything is ok.

Overall, New Mexico was not too bad – not that there was something extraordinary about it, but compared to Oklahoma the weather was warmer, and the scenery brighter – hills and mountains started to appear on the horizon, and the dull steppe gradually turned into a more colorful desert, which even sprouted an occasional cactus here and there.

The third day was also spent on the road.  Compared to an 11-hour drive the previous day, 8 hours this time were a piece of cake.  We drove through New Mexico, and the already mentioned in the “toilet odyssey” Arizona towards the Grand Canyon.  We reached the destination by late evening, in darkness and snow.  Somehow, there was no snow in the whole of Arizona, but here the weather was cold as hell and came in a package with a bloody snowstorm!  Although, come to think of that, the Canyon is located at an elevation of 7,500 miles above sea level (no idea how much that is in kilometers, but must be a lot), so it was only logical that the temperatures dropped.

Before moving on the Canyon part of the story, we visited a couple of places on the way, that were definitely worth mentioning.  The first was the “folklore-historical” town of Winslow, Arizona.  Everybody, who ever heard about The Eagles, famous not only for their Hotel California, but for a couple other songs, is probably aware of it’s existence.  The song “Take it Easy” clearly points to these geographical coordinates in “standing on the corner in Winslow, Arizona” line.  The song inspired the locals, not too spoiled by world fame, to build the “Standing on the Corner” monument on the mentioned place.  Winslow, an epitome shithole comprised of 1.5 streets, does not have anything else to write home about.  They sure did their best to capitalize on the song lyrics to the fullest, though.

In addition to The Corner, Arizona also has its very own Meteor Crater, which, due to its proximity to the Grand Canyon, often tends to be overlooked.  However, the Crater is definitely worth taking a look at. Not only is it 50,000 years old, but is also the only Meteor Crater, that is privately-owned.  When the numerous excavations after the fall of the meteor did not bring any encouraging results, and no precious minerals were found at the site, the land that the Meteor fell onto was purchased for a convenient price by a local family, who turned the Crater into a business.

When we got to the place, a real snowstorm was in full swing outside.  You could not see shit even at a distance of your own outstretched hand.  Put off by the fact, we decided to at least do a tour of the gift shop, that could easily beat the crater in size.  Turned out, this little detour totally paid off.  While we were circling around the gift shop, the weather changed, and we could finally take in the view of the Crater.  The sightseeing was done in freezing cold wind and snow blowing into our faces, but did not spoil the fun much.

Now – The Canyon.  It sure made an impression.  I suspected it was big.  And it was a childhood dream of an idiot to one day make a personal acquaintance.  Turned out, that reading about it in books, or even looking at photos and seeing the thing with your own eyes were two very different things.

In reality, what impressed me the most was not even the size, but other, probably secondary factors.  Like color.  The colors in the Canyon – especially in winter, emphasized by white snow – are absolutely out of this world.  Depending on the time of day the cliffs change from bright carmine (for those who have no idea – it’s a mixture of brick-orange with dark purple [if that description clarifies anything]), to okra-yellow, that almost blends in with the colorless blues of the horizon.  Depending on lighting, the colors and shades are changing on a minute-by-minute basis.

In addition to purely visual impressions, the Canyon has some sort of mesmerizing effect – the longer you look at the full 3-D picture, the more you feel its volume and power, and the more you want to get closer.  Much as I hate camping, trekking and all sorts of other “great outdoors”, but looking down from a 7,500-mile high Canyon brim, I suddenly felt the craving to grab a rucksack, remember my younger days, and climb down to the river to prove my ultimate Universal importance.

On a serious note, though, the Canyon makes an absolutely fantastic and multi-layered impression.  And, regretfully, no photos or videos do it justice, or capture the Canyon‘s true nature.  Many hours after seeing it you suddenly feel the urge to learn topography and study the intricacies of the Canyon‘s relief.  With utter surprise you realize the newly-found interest to geology, river rafting and other unexpected pastimes.

Apart from the beauties of nature, though, Canyon is a business, and the Canyon tourist machine was working non-stop.  Despite the sub-zero temperatures that technically should have scared away the visitors, the tourist conveyor kept on running.  All hotels in the Canyon Village were full, and neither the cold, nor the Christmas holidays scared away the visitors, the majority of whom were clearly out of Asia.  Crowds of inquisitive Chinese and Japanese tourists, as well as hordes of Indians in rental cars with summer tires and LA license plates tirelessly stormed the snowed-under roads of the Canyon’s Southern Rim, and took group photos by the cliffs, mountain ranges and clefts.

As a change of subject – another thing that probably has always been there, somewhere between conscious and sub-conscious, during endless stop-overs at airports, travels through Europe and the Americas, looking out of the taxi window at the multitude of Chinese and Indian restaurants all over the globe.  We are so proud of the fact that back in time we learned to speak a foreign language, can use a knife and fork without embarrassing ourselves too much, and managed to make a home in countries the culture and climate of which are not that different from ours!…  Without undermining the effort, since it really was not all that easy, and some of us assimilated better, where others never would, and probably none of us would ever blend in fully in the new place.  But looking around, you suddenly realize that all this has been just a walk in the park.

And real challenges are faced by those who pack up their whole households and move to a new continent, new climate, new reality with kids, old Grandmas, dogs and shit, without speaking the language, or knowing even a bit about local culture.  And survive!…  They never fully assimilate (or at least don’t do this in the first or even the 2nd generation), but all those quiet Asians and Indians manage to not only survive, but feed their families (in most cases not only the big part they dragged in with them, but an even bigger part that was left behind at home).  And yes, the first generations of immigrants technically sign up for slave work without seeing the light of day, but their children and grandchildren (in cases when parents got lucky and were not deported back to the shithole they managed to trickle into the new motherland from) will have new lives, and better opportunities than their parents.

Although the idea of sacrifice, just like the idea of kids and grand kids does not appeal to me one little bit, such drive and sense of purpose deserve nothing but respect.