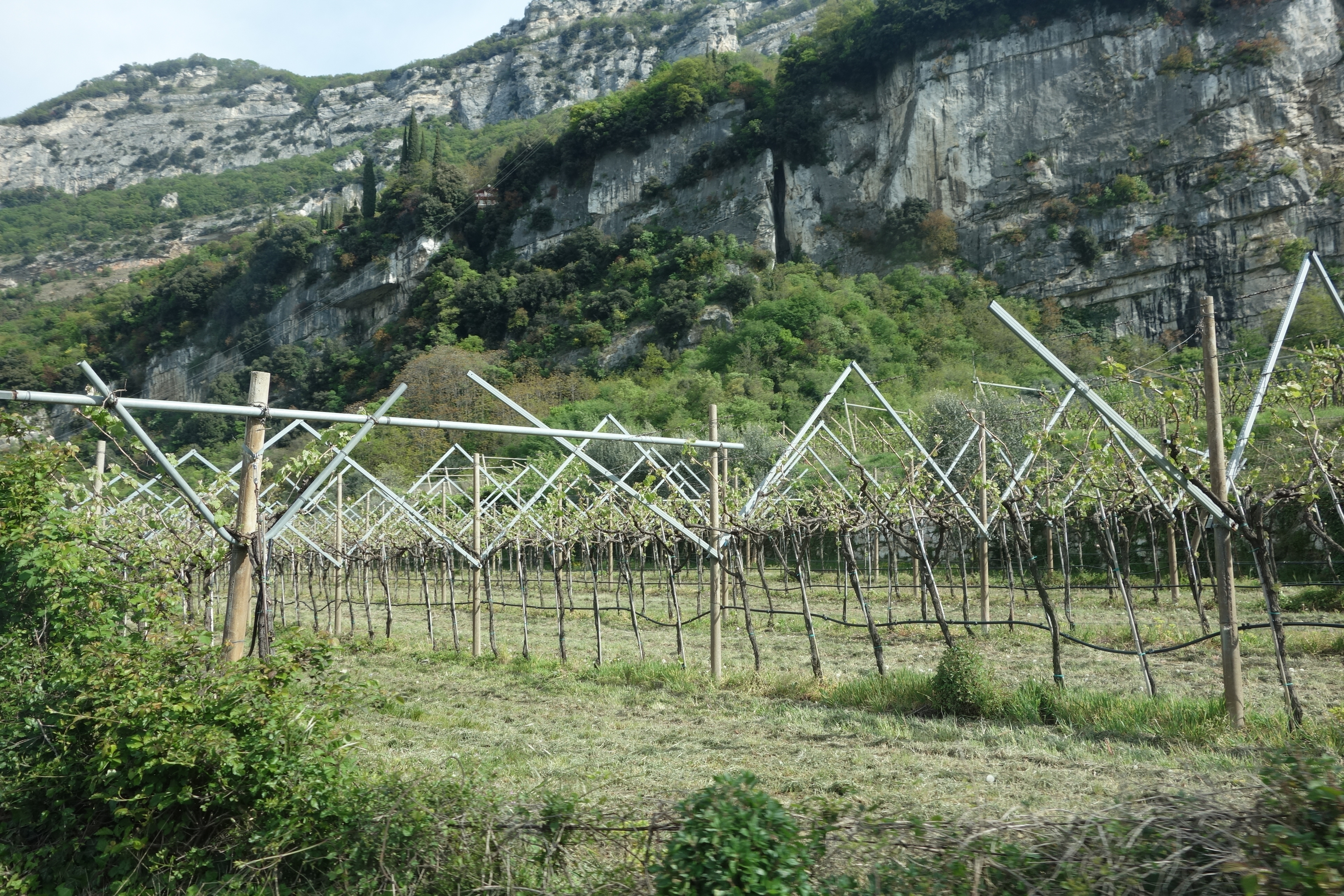 The Easter holidays brought with them the vague smells of spring and our wanderlust made us join all true Bavarians (which, much as we try, we will never be), leaving the country for the weekend, direction South. The closest semi-warm destination, reachable from Munich by car within reasonable amount of time, is Italy, and this is exactly where our hungry souls and bodies, starved for sunshine, and craving tasty food and wine, were headed. We were not in the least ashamed of such lowly inclinations, just the opposite – were eager to indulge in all three objects of our desire for the whole weekend. But all in its turn…

With an addition of just one extra day, the four official banking holidays conveniently give you a whole week’s worth of vacations, allowing you to plan around other good citizens of Munich, trying to get out of the city all at the same time in their South-bound flight. The traffic situation is exacerbated by the huge numbers of naturalized Italians, for whom spending Easter at home turns into an annual sacred pilgrimage. This year most of them decided to leave Munich on Thursday night, blocking all exits in a traffic gridlock. We decided to be smart and leave early on Friday morning, and to our own surprise the trick worked. Not even heavy hangovers got on our way!  The night before we decided to celebrate the end of the working week with food, and for some reason got a bit carried away by the drink. The Italian wine was, in fact, a fitting beginning to the forthcoming trip, but by the time we made it home on unsteady feet, packing was out of the question.

Woken up by the alarm at the un-Godly hour of 6 in the morning, we threw several random items of clothing into the car boot, and set off on our Easter mini-break. All the way to Austria the highway was empty and clear, and the only memorable encounter was an ambulance with a trailer we caught up with close to the border. The trailer was an open-top cart (luckily empty), the combination of which with an ambulance looked vaguely disturbing. We exchanged uneasy glances, and sped up, leaving the ambulance behind.

Two and a half hours into the trip, our stomachs and bladders called for a pit stop, and we turned into the parking lot of “McDonalds with a view” – a linguistic and visual oxymoron by the side of the road just a couple of minutes into Austria. Somebody’s creative imagination decided to “improve” the spot on top of a picturesque cliff with an Alpine stream and a breathtaking mountain view by topping it up with a fast-food oasis or Golden Arches. Tempted by the view, we decided that scrambled eggs were hard to spoil, and risked a trial breakfast. Turned out, that scrambled eggs can not only be spoiled, but completely molecularly annihilated – the greyish mass that we received in a cardboard box after queuing (!!!) for quarter of an hour, defied all identification… Bravo, McDonalds!… Come to think of that – the fault was all ours: starting a culinary trip with breakfast that comes in a cardboard box was not too logical. But then, again – don’t look for logic where you did not put it. Reason has never been our forte… The breakfast pit stop became yet another confirmation of the culinary and nutritional value of fast-food that can only be described in strictly X-rated terms and expressions… The unpleasant ghosts of scrambled eggs haunted us all the way to the Italian border, and even risked sipping through a couple of miles inland. We did not allow them to torment us further, and killed all memories of the bastards once and for all with the beautiful ham and cheese panninis, paired with aromatic Italian cappuccinos with a morning view of Lake Garda.

Italy brightened up the day almost immediately after our crossing the border – not only with fantastic food and coffee, but with sunshine, flowers, and vineyards on both sides of the road. It’s amazing what a difference crossing just one tiny mountain range can make!… Our plan was simple and open-ended – reach a town of Malcesine on the Eastern side of Lake Garda, and then see. We had five days, four wheels, and the bottomless riches of the Internet – a modern equivalent of absolute freedom!

Having reached our destination, we left the car at the parking lot downtown, and introduced ourselves at the Tourist Information Office nearby. A cheerful young girl behind the counter quickly found us a budget accommodation for the night in the form of the Albergo Dolomiti hotel within a five minutes’ walk radius. Her enthusiasm in speaking English readily brought back nostalgic memories of my student years, when I spent a couple of weeks backing up a friend in a similar Tourist Information Office in the city of St. Petersburg, with dubious success posing as her on the phone during random phone checks by the boss.

Checking into the hotel went smoothly, although we were a bit worried by the number of guests on crutches – the only other people in the otherwise completely deserted lobby were two grown-up individuals, each one with a leg in a cast. Within the next half-hour we found out that the individuals belonged to a British wedding party that came to Malcesine to celebrate the happy occasion. We seemed to be the only two odd people out – all other hotel guests were there for the wedding. Upon closer inspection our sympathy for the two guys on crutches increased – the female part of the group could hardly evoke any sentiments, but pity… If anybody is still toying with an idea that obesity is a purely American problem – they sure have not encountered the English! The size of the ladies in the wedding party did not stop them from squeezing themselves into dresses at least a couple sizes too small, making them look like a weird family of Michelin men. Black dresses were worn over white underwear, and vice versa, with mis-matched bra straps sticking out of evening gowns only underlining the bizzare inappropriateness of outfits. The bride looked decent, we had to give her that, but the maid of honor sure was a sight to remember!… She had long shapely legs, growing from under her ears, paired up with an ass of a decent-size elephant, and was wearing a short ivory-colored mini-dress, that was failing miserably with the task of covering the most advanced parts of her anatomy, but was successfully demonstrating her (obviously black) underwear. This was paired with 9-inch heels she could not walk in, and a mini-hat topped with a bunch of huge ostrich feathers. We missed the chance of catching her beauty on a photograph, but the sight of her lingered on in our memories uninvited for way longer than we cared… Mini-hats were obviously the latest wedding fashion craze, as all women in the party sprouted them on their heads.

This was, regretfully, not the last we heard of the wedding girls, though… Having thoroughly enjoyed a hearty Italian dinner with plenty of wine, we turned in for the night, hoping for a long and uninterrupted sleep. Only to be woken up at around 2 in the morning, by what sounded like a herd of elephants, running along the hotel corridor right outside of our door. The elephants accompanied their night runs with drunk hyena-like laughs in female voices, and insistent knocking on neighboring doors. From behind those, tired and scared male voices replied that they were busy, and anyways already asleep. Remembering the looks of the ladies, you could not really blame the gentlemen… Rejection was obviously nothing new to the girls, and they quickly quieted down, so the rest of the night was spent in peace. In the morning, we threw our stuff in the boot of the car, and moved on South.