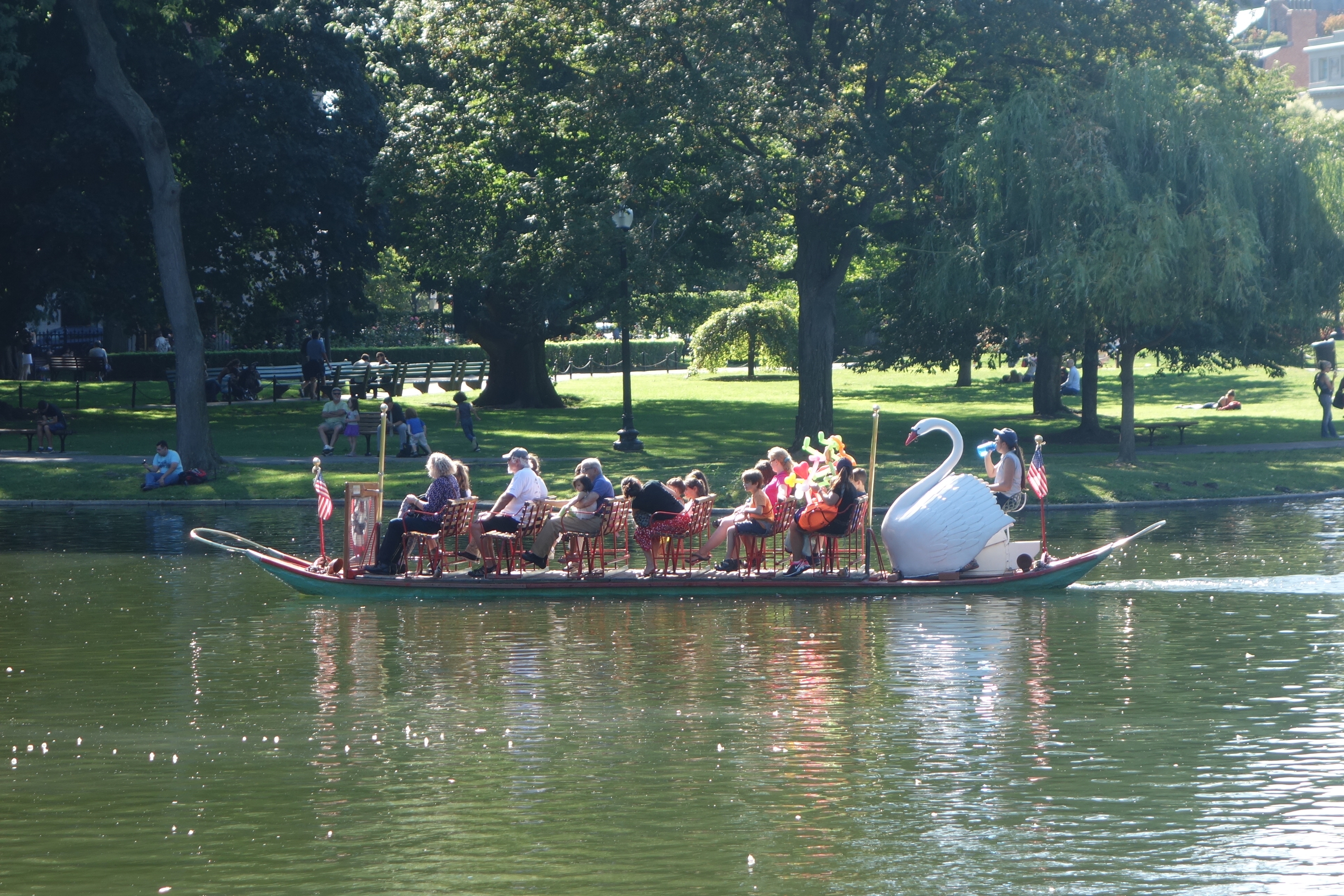 There are cities that blind you with bright neon lights and tourist attractions.  They ambush you blind, shocking you mid-way, taking a firm grip on your heart and not letting you go without a ransom.

Others tempt you with history and arts, quilting you into loving them, for how could you not?…  With all those centuries of culture behind their every street and building, no matter how decrepit and run-down today?!…

There are those that jump into your face with loud noise and exotic odours, and their memories, although not altogether unpleasant, take a long time to clean out of your system.  Like the smell of garlic, mouth-watering and tempting when you are hungry, that becomes annoying and tedious if it lingers in the air and on your fingers past meal-time..

There is also the “you must love me, because everybody does” kind of city.  These don’t even try.  Because they know they don’t have to.  They already made it to each and every guide book on the planet, and carved their names in the annals of tourist mythology.  Disagreeing with it and considering these places anything less but “majestic” would be a sacrilege, and would have you forever written off as a snob, or an ignorant mediocrity.

Other places creep up on you slowly, like a robber in a dark alley, turning your head and winning your heart without you even noticing what is going on, and perhaps even despite what they have in the offing.  Their charms are far from mainstream, and seem to work slowly but steadily, taking you hostage and never letting go.

And finally, there are those, where you feel instantly at home, embracing the good, the bad, and the ugly on offer; cities you love at first sight not “for”, but often “against” all reason.  I’ve visited my share of all of the above, and Boston was definitely of the latter variety.

For me this trip was a reunion of sorts.  Boston was the first American city I have visited on my first ever trip abroad in 1990, and even though back then the visit was brief, I somehow managed to keep very fond, if only vague memories of the place.  This was my chance to refresh those remembrances, and to get to know the city a little better.  Having a local in our midst was very handy: Jane was born in New England and grew up in Boston that forever stayed in her speech with the open “A”s and many weird words and expressions like “bubblah“, “pissah“, and the like.  Boston also has its own alphabet, consisting of only 25 letters – they eliminated the “R”s and substituted them with everything but.

We checked into the fancy Taj Boston Hotel downtown, and set off exploring the city.

One of the few memories of my school-time visit was of surprisingly rodent nature.  We went on a trip to Harvard, in the teachers’ attempt to acquaint us with academic culture and history, only to be seen (and I am sure remembered to this day by everyone who witnessed the scene) chasing big fat grey squirrels across the lawns of the courtyard. In our defense, the variety that lives in Europe (and Russia in particular) is red, slim, perky, and so quick they are almost invisible.  Those are not the words you would use to describe their American relatives, though.  The Harvard squirrels of my memories were huge, fat, and more than distinguishable at the backdrop of the dim winter lawns.  They were quite fast, and not easy to catch on camera, either, but teenage persistence, combined with sheer number of chasers, won.

This time, the squirrels seemed to be all over the shop – they were lazying on every lawn in every park downtown, sunning themselves among the trees, and gracefully accepting food from children and tourists, fascinated with their haughty, yet nonchalant swank.  Along with New York and Chicago, Boston is called a “walking city” for a reason – it is one of the few places in America that has a proper downtown and is entirely explorable on foot.  And we intended to do just that.  From Public Garden with swan boats, through Boston Common, past the grand building of the Public Library, into Quincy Market and Boston Harbor – the city was one big sight, and was simultaneously artificially touristic and commonly real.  Unlike New York, which can be too much in your face, demanding undivided attention at every moment, Boston was more subdued, but really grew on you with every minute you spent in it.  The true cradle of New England, Boston is probably the most European city of America, with streets and squares all bearing true English names and references.  The amount of Irish pubs was also to be admired, and could, I am sure, compete with everywhere in Ireland proper.  The number of legal Irish citizens in New England alone definitely beat Ireland by far: there are more Irish passports registered on the East Coast, than in Eire.

Speaking of Irish pubs, we visited at least three – one in the harbor (with a big sign, announcing that “Lobsters Love Guinness“), one in Harvard (with stained-glass murals of baseball players integrated into the walls, because, as Fletch & Jane readily explained to us, in Boston sports figures were GODS), and one more somewhere downtown (memorable mostly due its clientele).  The last Irish pub was pretty packed, but one couple by the bar definitely stood out among other patrons.  Middle aged, pretty drunk (but nowhere near as pissed as the others around them), they were sitting by the bar, and at first it was hard to say whether the woman was trying to pick the guy up, or they were breaking up, or just quietly arguing about something.  The mystery cleared, when the guy suddenly stumbled in our direction with a shell-shocked look on his face, demanding a drink.  Turned out the woman was his ex-girlfriend, and after months of separation they agreed to meet for a friendly drink, over which she informed the guy that he was soon to be a happy father.  To his credit, after having gulped the drink down, he did not defect, but quickly returned to the girl, and half an hour later was seen proposing to her at the bar.  Long live Irish pubs – open for everything, soon also for weddings and Bat Mitzvahs!…

The two days in Boston flew by really quickly – the city was so comfortable, that you soon lost track of time, feeling like you’ve been living here all along, embracing your surroundings, and stopped seeing yourself as a tourist.  Which also made any kind of recollections so much harder – ask me what we did during our two days in Boston, and I would be lost for answers.  We walked a lot.  We took the subway.  We eat.  We drank.  All those natural everyday things, that are hard to describe as utterly special, but that are, in fact, the pieces from which life is made.

We tried doing tourist stuff, we really did!  We wanted to get to the observation deck of one of the skyscrapers downtown to admire the Boston skyline, only to find out it was closed for a private party.  We did go to Harvard (by the irony of nature or history located in Cambridge, Massachusetts), but instead of taking a guided tour of the college premises, landed in an Irish pub, and thoroughly enjoyed our time there.  After that we gave up, decided to go with the flow, stopped being tourists, and started seeing ourselves as visiting residents instead.

This brings me to my “philosophical musing of the day”: seems that while people are busy sightseeing, and “making memories”, the memories are happening right in front of their noses, and years later will make them love one place over the other not because of a landmark they visited, but because of the feeling the place gave them.  Full of landmarks and sights as Boston is, it was the feeling of belonging that made us feel at home, and lingered with us long after we left.

The plan was to make a short detour to pick up Jane’s bike from the Harley dealer near Amsterdam on the way back, and have Fletch ride it home, with us in tow, navigating the car.  The weather got on the way, and heavy rain did not look inviting enough for a 5-hour bike ride.  Amsterdam did not leave any happy memories that would call for a repeat visit, and having scouted out the area, we set our eyes on the nearby Saratoga Springs.

In shocking contrast to the neighboring deserted Amsterdam, the town was full of life and booming.  Turned out, it was THE capital of American horse racing, and we happened to stop by on a Friday before the big race weekend.  That complicated the search for accommodation a bit, but we got lucky, and secured 2 rooms in a proper roadside motel, right on the edge of town within walking distance of all central food and drink places.  And those were numerous!  The choice and variety of bars and restaurants in Saratoga could beat quite a few much bigger cities I know.  Everywhere was full and busy, music was playing, wine and beer were flowing freely, and a motley racing crowd was dining their hearts out.  There were families with teenage daughters dressed in pink and decorated with Swarowski crystals from head to toe, groups of unkempt-looking rednecks in oversized T-shirts, women in mink capes carrying little poodles, people in Porshes and people on Harleys, all mixed together.  The variety was mesmerizing.  For some reason I thought that only rich people would be into horse racing, but then realized that races also attracted gamblers of all sorts and creeds. Judging by the looks, at least half the people who flooded into Saratoga for the weekend were fit better with rags rather than the riches.

In the morning, our motel showed an unexpected side: we were woken at 7 on Saturday morning, by an ear-splitting noise that sounded like a trumpet.  Having peeked through the blinds after the initial moment of denial and inner battle between outrageousness and curiosity, I confirmed that the trumpet sounds were being made by a short fat man, dressed in full jockey gear, playing a bugle right outside our door.  Only in America!…

On this positive morning note, we said good-bye to Saratoga Springs, and after about four hours turned into the driveway of Doe Drive.  The Road Trip was officially over.