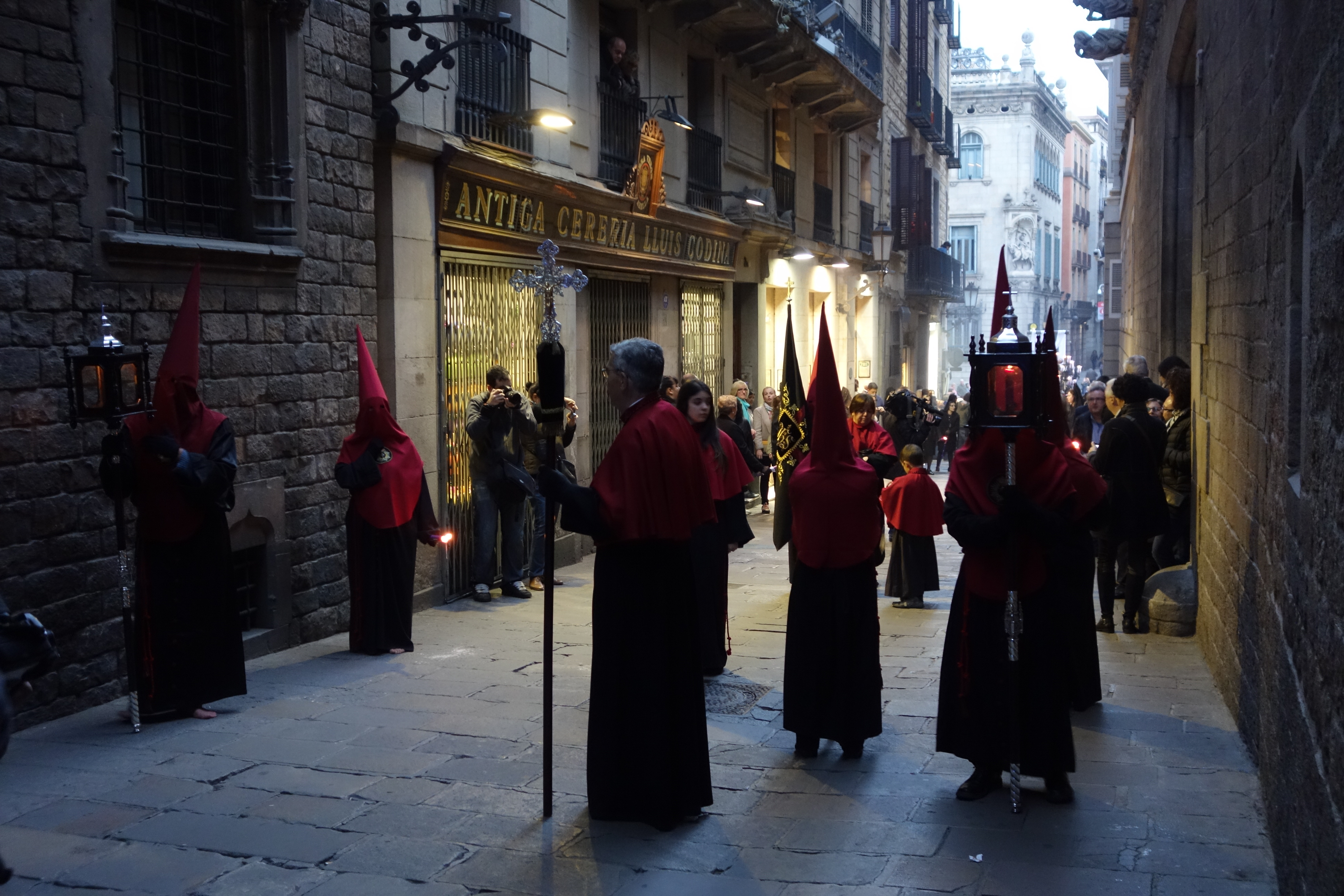 Heading back into town, we read up on the possible itineraries, and found a day’s architectural walk through downtown, starting at Sagrada Familia. Nic had his mind set on the place, as, technically, this was the main reason for our choosing Barcelona as our next destination in the first place. I had only vague memories of the whimsical cathedral from my first brief acquaintance with the city, and was also curious to explore it in more detail. Turned out, both our hopes should not have been held too high. Upon arrival we faced yet another queue, coiling like a big fat snake all the way around the cathedral, and looking pretty desperate. To add to the disappointment, two of cathedral’s eight towers were completely covered with scaffoldings – either being built, or renovated. Sagrada Familia is a work in progress, stretching over a hundred and thirty years, and still not anywhere near the finish line. The fact that the original Gaudi’s designs were burned in the fire a while ago, and had to be reconstructed by all means and imagination possible, did not speed up the process. Still, looking at this unfinished masterpiece, one cannot help but admire the genius mind that imagined it. Even with the existing 8 towers the building looks humongous, but the original design called for 18 (!) When (and if) all 18 are finished, Sagrada Familia will be the tallest church in the world.

Beautiful and unique as downtown Barcelona is, with its phantasmagorical art nouveau buildings and mysterious-looking streets and alleys, the strongest impression of the day and our whole trip was yet to come. We happened to be in the city at Easter, and although we briefly read somewhere about Catalan Easter processions, we could not, in our wildest dreams, imagine just how gorgeously creepy and magnificently scary they were!… But all in its turn.