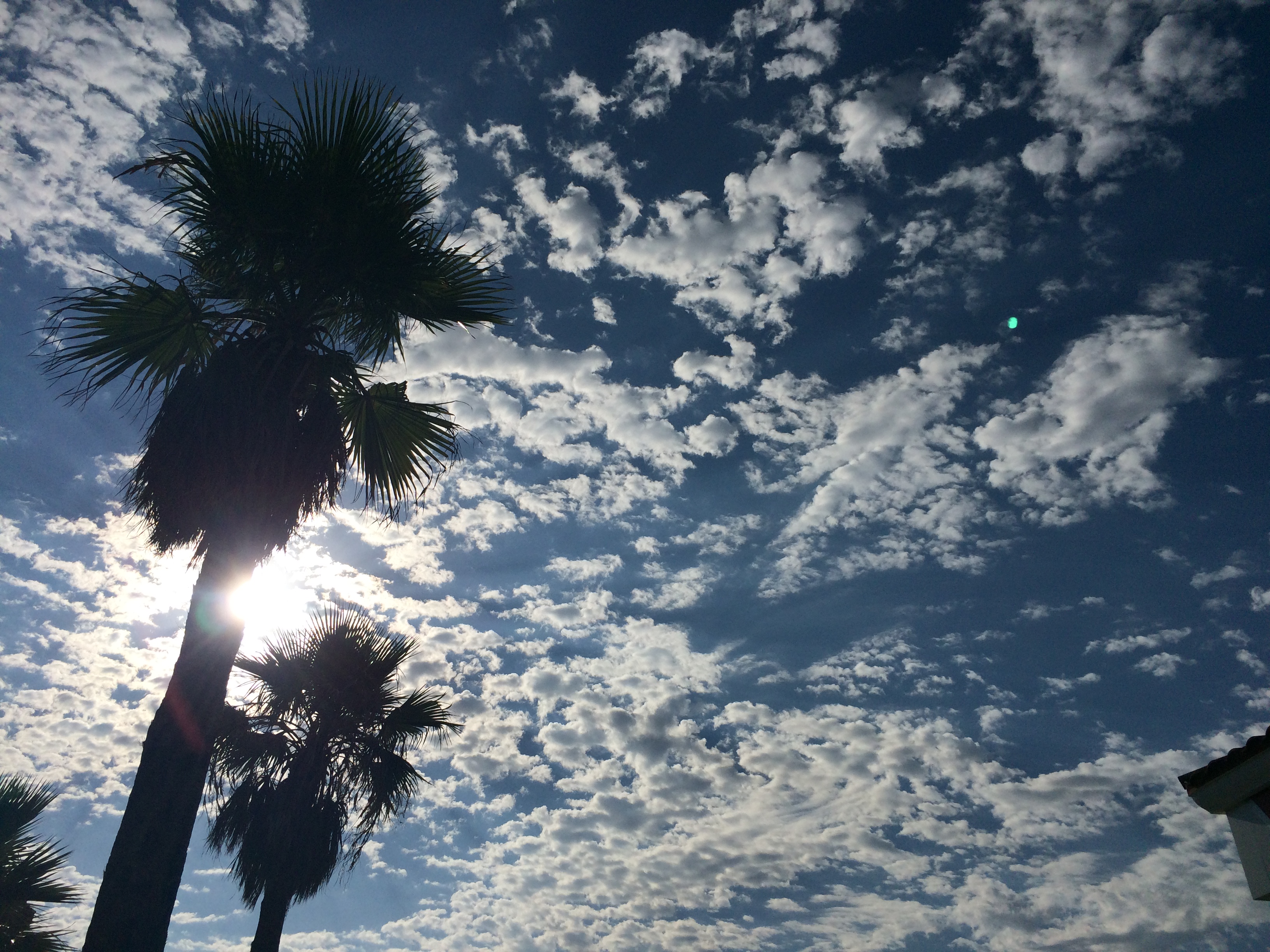 It is in the very early morning hours that one can see the real face of Vegas and it is not the sight for the faint-hearted.

Intent to avoid heat strokes on our way back at all cost, we woke up at 4, and were on the road by quarter to five. Making our way to the parking lot through the hotel, we’ve seen it all:

We grabbed two coffees from Starbucks (this was the first time in three days when there were no hour-long queues there), and were on our way.

Much as I feared the ride back (the memories of my far from elegant arrival in Las Vegas still fresh and painful), it turned out to be quite smooth and not suffocatingly-hot either. In the early hours of the morning the desert was if not welcoming, but definitely survivable. We made it through Death Valley without any problems, and as we started closing in on LA, temperatures dropped and we had to stop, dig out our leathers from the side bags and put them on.

We fought our way through mad LA traffic, pulled into the parking lot, and breathed a sigh of relief – man, was it good to be back to reality, and be among normal people again! Mind it, I never thought I would say this. Several visits, and some time spent in Los Angeles, firmly placed the city on top of the list of natural reserves for crazy people. All sorts of lunatics have been flocking in there en mass for years, while the local specimens were encouraged to breed and get crazier and crazier. Public and loud expressions of undesirable emotions, dying your favorite poodle green to match the color of today’s outfit, public breastfeeding of pets, the old, the fat and the ugly shopping for groceries in bikini bottoms only – for the “before Vegas me” this was enough to cement LA‘s place on the “crazy Olympus”. Much did I know!… After three days in Sin City we were supremely, indecently, and very politically incorrectly happy to be back to the land of the normal! Sorry LA, you lost to Vegas, and completely and utterly rehabilitated yourself (at least in my eyes). These days Vegas is the new LA.

After an early 4-hour dash through the desert both of us were more than ready for breakfast. Besides, we were meeting an friend in LA, and made plans for brunch. We dropped the bags in the room, and rushed back to our bikes. Guess what? Having carried me through some 2,050 miles (~3,300 km) in 3 states, through the cold of the Pacific Coast to the desert heat, and from single life into matrimony, my bike finally gave up. When I turned the key in the ignition, it made a sorry little sound and died. Great!… Just when we were in a rush to meet a friend and get ourselves fed!… On second (and quite quick) thought, we were thankful to the noble steed that it decided to die in the comfort of the parking lot at its final destination, and not in the middle of the Mojave Desert miles away from civilization. The people at the Eagle Rider who we reported the problem to, were happy as well. They even offered a free replacement bike, but 2 days did not make much difference to us. Besides, our stomachs were calling. We doubled up on Nic’s Road King, and I spent the remaining two days in LA riding bitch. That’s what happens when people get married!…

We did the tourist bit in LA – Venice, with its shabby chick charm (more shabby than chick, to be honest, but I still kept fond memories of the place), clean and airbrushed (in comparison) Santa Monica with its famous pier, mad Hollywood, and of course – Andy! Nika was away in Russia with her granny, but Andy, he was there! Both our evenings in studio-city were spent in a crazy whirlwind. We behaved on the first evening, meeting Andy for drinks and snacks in a fun wine bar in Culver City not too far from our hotel and called it a relatively early night. By the next day we were fully rested and ready for full-blast good byes to LA.

We hooked up with Andy in Hollywood – he was having drinks with a beautiful, fantastic and talented Anne – she and her girlfriend and soon-to-be wife were Nika’s first friends and hosts in her new Californian life. We hit it off right away after only half a sip of wine, and then the evening quickly whipped into a frenzy. More wine was ordered, fantastic snacks arrived (man, you gotta love California if only just for the food!), and before we knew it, we were back at the scene of our original Hollywood crime – “Loaded“. Alcohol flowed freely, giggles and laughter were had by all, conversation spiraled into the semi-intelligent but nevertheless entertaining mode, and a good evening was had by all. Anne said good bye around 11, sometime after 2 Andy went to the bar and disappeared into nowhere, we found the remains of our consciousness and fell into a cab. The consciousness was regained only in the morning, and then it was time to leave.

Before we knew it, our crazy vacation was over. As planned, it was the one to be remembered. We rode the bikes along the West Coast from Seattle to Los Angeles, we went into the desert and survived (barely), we met up with some wonderful people on the way, and dragged most of them to Vegas, we got married, we partied, we had fun, and we came back, almost unscathed, 2.5 weeks older but none the wiser (thank God!). 2,133.6 miles on the bikes, we were flying back to Seattle for the last party with Cindy and Seany (it was conveniently their wedding anniversary the following day), and a day later a big white airplane with a blue and yellow crane on the tail took us back home. Thank you, West Coast, we had a blast!